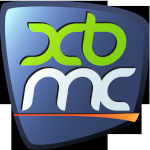 In an effort to strengthen synergies of Gilat's Satellite Networks Ltd. [Nasdaq:GILT] businesses world-wide, today the Company announced the appointment of Jaron Lotan to serve as the Gilat's Chief Operating Officer effective beginning April 6, 2010. As COO, Lotan will oversee all day-to-day business operations, from sales to implementation, for all of the Company's businesses other than Spacenet Inc.

Lotan will report to Amiram Levinberg, the Company's Chief Executive Officer and Chairman. The changes will create a more unified Gilat, combining Gilat, GNS and Spacenet Rural, while enabling Spacenet Inc. to continue its operation as a separate wholly owned subsidiary.

Lotan joins Gilat after having served as the President and CEO of Tecnomatix Technologies Ltd., (formerly traded on NASDAQ), a $100 million company that was acquired by UGS Corporation (now Siemens AG). Prior to that, he held various executive positions at Orbotech, Ltd., including Corporate Executive VP for Business and Strategy and President of the PCB Division. Mr. Lotan holds a B.A. and M.A. from the Hebrew University in Jerusalem (Mathematics and Economics) and an Executive M.B.A. from Stanford University.

Other news . . . Erez Antebi, the CEO of GNS and Spacenet Rural, has decided to leave the Company to seek other opportunities, and has agreed to continue to work for the Company for an interim period as an advisor on special projects reporting to the CEO and Chairman
השעה עכשיו היא Sun Sep 26, 2021 7:05 pm