Crime Stories Confessions of a Master Jewel Thief:
The extraordinarily captivating memoir of the remarkable jewel thief who robbed the rich and the famous while maintaining an outwardly conventional life an astonishing and completely true story, the like of which has never before been told . . . or lived.
Bill Mason is arguably the greatest jewel thief who ever lived. During a thirty-year career he charmed his way into the inner circles of high society and stole more than $35 million worth of fabulous jewels from such celebrities as Robert Goulet, Armand Hammer, Phyllis Diller, Bob Hope, Truman Capote, Margaux Hemingway and Johnny Weissmuller he even hit the Mafia. Along the way he seduced a high-profile Midwest socialite into leaving her prominent industrialist husband, nearly died after being shot during a robbery, tricked both Christie s and Sotheby s into fencing stolen goods for him and was a fugitive for five years and the object of a nationwide manhunt. Yet despite the best efforts of law enforcement authorities from several states as well as the federal government, he spent less than three years total in prison.
Shadowy, elusive and intensely private, Mason has been the subject of many magazine and newspaper features, but no journalist has ever come close to knowing the facts. Now, in his own words and with no holds barred, he reveals everything, and the real story is far more incredible than any of the reporters, detectives or FBI agents who pursued Mason ever imagined. Confessions of a Master Jewel Thief, expertly co-written by bestselling author Lee Gruenfeld, is a unique true-crime confessional.

7 of the greatest master thieves you’ve never heard of 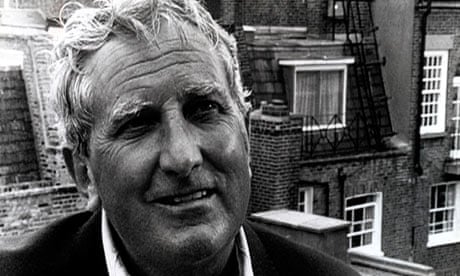 Peter Scott (born Peter Craig Gulston) (18 February 1931 – 17 March 2013) was a British burglar and thief who was variously described as the "King of the Cat Burglars", "Burglar to the Stars" and the "Human Fly".[1]  Scott described himself as a "master idiot"
cott was born Peter Craig Gulston in Belfast , Northern Ireland , into a middle-class  military family.[1]  Following his father's death, his mother emigrated to the United States. He had spent his father's inheritance by the time that he left the Belfast Royal Academy .[1]
The 1965 film He Who Rides a Tiger , starring Tom Bell  and Judi Dench , was made about Scott's exploits. At the time of the film's release Scott was in prison in Dartmoor , and profited little from it.[1]  In 1995 Scott published a memoir, Gentleman Thief.[1]
In his last years Scott worked as a tennis coach  and tended the gardens of a church in Camden , North London.[2]  Scott was a participant on the 2004 Channel 4  programme The Heist, in which staged robberies were carried out.[2]  Scott was also the subject of an award-winning short documentary, My Friend the Thief, made by Roland Hutchison.[2]
At the end of his life Scott drove an old Mercedes-Benz , given to him as a present by the son of Billy Hill , the London gangster.[2]  Scott was declared bankrupt at the end of his life, owing more than £400,000 to creditors.[1]  He was living on state benefits of £60 per week in an Islington  council flat at the time of his death.[1]  Scott was married four times, and survived by one son.[1]

Scott began his life of crime in his teens, targeting wealthy homes around Belfast's Malone Road . By the time he was caught by the police in 1952 Scott estimated that he had committed 150 burglaries, attributing his early success to his appearance.[1]  For these early crimes he served six months in Crumlin Road Gaol , later claiming that the police had only charged him with twelve burglaries because of their embarrassment at the scale of his exploits.[1]
Adopting the surname Scott, he then moved to London. While working as a pub bouncer in the West End of London , he burgled houses in the evenings.[1]
In prison in 1957 Scott met George "Taters" Chatham, then renowned as the most celebrated "cat burglar" in London.[1] Working together, Scott and Chatham formed a criminal partnership that would net them many millions of pounds' worth of art and jewellery, following their successful targeting of furriers and jewellery boutiques on Bond Street , and art collectors inMayfair . From his initial term in the late 1950s, Scott spent increasing periods of time in prison, having been jailed for three years in 1961, five in 1964, and a further four years in 1985.[1]
According to Scott, notable victims of his burglaries included famous performers such as Lauren Bacall , Maria Callas , Judy Garland , Zsa Zsa Gabor , Vivien Leigh , Sophia Loren , Shirley MacLaine  and Elizabeth Taylor ,[1]  and society figures such asJohn Aspinall , Soraya Khashoggi, Mohammad Reza Pahlavi , the Shah of Iran . Another of Scott's claimed burglaries was ofQueen Elizabeth The Queen Mother , a crime that he claimed was covered up by a Government-issued "D-Notice ", which prevented press coverage of the incident.[1]
Scott described himself as having been "sent by God to take back some of the wealth that the outrageously rich had taken from the rest of us".[1]  When Scott cased Viscount Kemsley 's Dropmore House , he saw guests sitting down to dinner, and likened himself to "a missionary seeing his flock for the first time... I decided these people were my life's work."[1]
Scott purchased a new suit before each job, so his presence would not be betrayed by his appearance.[1]  Disturbed during one burglary by a titled lady who appeared at the top of the stairs, Scott shouted to her "'Everything's all right, madam,'... and she went off to bed thinking I was the butler." If Scott was disturbed on other occasions he would reassuringly shout "It's only me!".[1]
In 1960 Scott stole a £200,000 necklace from the Italian actress Sophia Loren , who was in the United Kingdom filming The Millionairess .[1]  The theft from Loren was described as Britain's biggest jewellery theft, but Scott netted just £30,000 from a "fence " for the necklace. Loren later pointed at him on television saying that she came "from a long line of gipsies. You will have no luck". Scott subsequently lost every penny gambling in Cannes.[1]
In the 1950s and 1960s Scott would identify victims by reading the society columns  in the Daily Mail  and Daily Express .[1]
Although he claimed to have retired from his life of crime in the mid-1990s, Scott was jailed for three and a half years for handling stolen goods in 1998. His imprisonment stemmed from the 1997 theft of Pablo Picasso 's painting Tête de Femmefrom an art gallery in Mayfair.[1]  Scott quoted poet William Ernest Henley  to the police who arrested him, declaring that "Under the bludgeonings of chance, my head is bloody but unbowed."[1]  Scott would write that he had "an obscene passion for larceny" and described himself as "a man who has made all the mistakes that vanity, envy and greed create"
Peter Scott stole from Mayfair mansions and stately homes, and claimed that his victims included Vivien Leigh, Zsa Zsa Gabor and Sophia Loren. Photograph: BBC
https://www.theguardian.com/uk/2013/mar/20/peter-scott
השעה עכשיו היא Sun Sep 26, 2021 6:31 pm