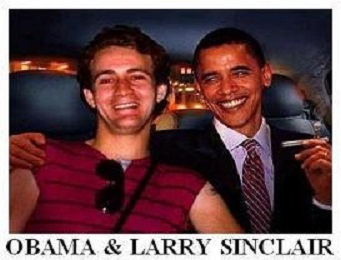 Never before seen video provided exclusively to Infowars shows President Barack Obama complaining about white privilege during a 1990 trip to Kenya. (go to 14:40  for comments on race).

The footage, filmed and narrated by Obama’s sister Auma, shows the president on his first trip to Kenya as a young man in his 20s. Michelle Obama also accompanied her husband on the trip.

Obama says in the film: "I’m deeply saddened by a sense that whites are still superior in this country, in some sense, that if you sit at a restaurant, they’re served before a Kenyan is served. If you go through customs, a white person is going to have an easier time going through customs."

Obama also warns that “things could explode at any point” as a result of the resentment black Kenyans have towards white people.

At one point in the movie Obama says he has "a lot at stake" in building "a strong black country in Kenya."

Elsewhere, the footage shows white and Asian tourists visiting poor Kenyan villagers, a sight that offends Obama, who refused to join them on the tour according to his sister.

"These strangers move about our country as a matter of course, with disturbing confidence," she states in the video, complaining that her people "are being exhibited" for the entertainment of the tourists.

Obama's 1990 comments are fascinating given the fact that his presidency has been tainted by some of the worst race relations in America for decades, fueled by police shootings and riots in Ferguson, Baltimore and Charlotte.

"The film is full of insights into Barack Obama’s psychology and worldview, especially with regards to the way he sees his family in Kenya and black-white race relations," said WeSearchr's Chuck Johnson, adding, "How much of a black nationalist do you think Obama is? What do you think he thinks of white people?"

Obama's remarks in the video will provide further ammunition for his critics, who claim that the president has used the office to stoke racial division, especially given his sympathies towards ‘Black Lives Matter’, a group whose ideological inspiration is a convicted cop killer on the FBI’s ‘Most Wanted Terrorists’ list.

Thanks to Chuck Johnson and https://www.wesearchr.com/  for providing the footage - which cost $10,000 to obtain - please donate to them via their website.

The Speech that Made Obama President

In 2004, a one-term senator from Illinois took the stage to deliver the keynote speech at the Democratic National Convention in Boston. By the time Barack Obama had finished speaking, Democrats across the country knew they had seen the future of their party.

Political speech experts featured in this episode include:

Michael A. Cohen
Author, Live From The Campaign Trail

PODIUM is a bi-weekly series that embraces the art of public speaking and honors those with something to say. From historic political speeches, to contemporary commencement addresses, to wedding toasts, the series explores various genres of speechmaking and provides inspiring, insightful analysis including "how-to" content.

Created and produced by @radical.media, THNKR gives you extraordinary access to the people, stories, places and thinking that will change your mind.


This video is of historic note. We are including it in our list of the notable political speeches of the modern era.

The video shows the famous "Yes We Can" speech by U.S. President Barack Obama, on January 8, 2008 in Nashua, New Hampshire - from before he was elected president. At the time, he was in a hotly contested campaign for the Democratic Party nomination for President. His primary opponent - none other than Hillary Clinton, the former First Lady. She defeated him in the New Hampshire primary that date. Mr. Obama came out to make a concession speech to his disheartened supporters, and delivered this speech. The rest is history and many believe it is this speech that propelled him to the nomination and ultimately the presidency. In the following weeks he rolled past Clinton in caucus after caucus and a lot of the primaries. The contest was close and bitter, and in the end Obama prevailed, making history as the first black president of the United States. This video is courtesy of the Obama campaign and can be found at his website at barackobama.com.
honen

COPYRIGHT DISCLAIMER: I do not own any of the material used in this video. All material belongs to their respective owners. Copyright Disclaimer Under Section 107 of the Copyright Act 1976, allowance is made for "fair use", including non-profit, educational or personal. This is purely a fan video. No copyright infringement intended.

No matter what you think of Obama in the political theater, there's no denying that he's a charismatic, kind, intelligent and all around wonderful human being. Not to mention a great husband and father.
honen

President Obama walks from the White House to a popular sandwich shop in DC to get lunch with Vice President Joe Biden.