Today at 9:57 am על ידי democratic

Today at 9:56 am על ידי democratic

Today at 9:54 am על ידי democratic

"The history of Black Hole 1.7.4 begins one night when I was watching a movie
documentary on Pixar.
I got the strange idea to try to reverse the traditional pattern logical:
new technical possibilities -> new implementation in the firmware.
And try to think of a new implementation from the perspective of the history of our name and image.
Look to our software as the metaphor of a small world from the angle of the black hole."
Following the logic used by meo (the visionary meo), we will introduce the new implementation
"Parallel Universes" of Black Hole 1.7.4 using two different criteria: Explanation metaphorical
and technical explanation.

"Dear Black Hole users.
We started this journey together long ago in our Black Hole world
exploring together all the potential and all the possibilities that we have
to exploit.
We went deeper and deeper and now we are near the core of our small world.
And the horizon suddenly opens and multiplies and we find it hard to keep
orientation. It seems that our space and reality double's itself once and then once again.
In each space we have all our things and we discover that we can move from one space to another
making minor changes to each".
Imagine for a moment that the Black Hole firmware is our little world in which we move
and we use our things.
We install our favourite plugins, our skins, our hidden software, and we
prepare our beautiful channels list with our favourite bouquets.
Now imagine that without having to install another image, we can enter another world,
being able to restart our universe, we have the possibility of access to parallel dimensions.
Imagine 4 dimensions (or universes) and imagine we assign these names to identify: 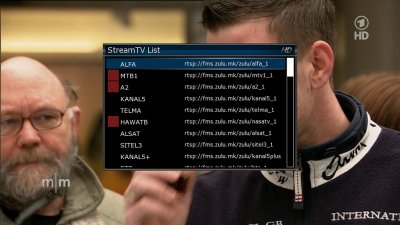 WARNING: This Image is not compatible with the previous skins

This latest version of the Black Hole series has been entirely rewritten and improved in the code for maximum stability and performance.

Please note that of all images Black Hole now has the best epg system:
- Integrated OpenEpg
- Rytec dedicated epg.dat
- New system epg.dat outside.
This last feature gives the possibility to various forums or communities to create their favorite EPG data files and load them into a web space.
Community members can then download it from our servers.
This feature provides other benefits such as:
Increase download speed of EPG
Download EPG from any channel
Schedule the download of EPG decoder even during standby
Users can customize the providers using Add / Remove function

Main functions of the buttons on the remote

Green button and then Yellow button takes you to:-
Dedicated server for BlackHole addons
Download and install additional packages from the Black Hole server

Credits
Thanks to Pedro_Newbie for Backup script
Thanks to the group of Beta Testers.
Thanks to Rytec for providing us with the server with all epg.dat files.
Thanks to MaxZ4 for Integrated EPG loader.
Thanks to Skaman for Cross EPG
Thanks to Lukkino (VDR-Italy) for the source code of OpenTV.
Thanks to Reinh@rd for the file satellites.xml.
Thanks to ambrosa (Pli Board) for ready-to-go A867 driver patch

THE BLACK HOLE IMAGE IS BASED ON THE OFFICIAL FIRMWARE PUBLISHED BY VU+ AND IN ACCORDANCE WITH THE LAW IT CONTAINS ONLY SYSTEM ADDITIONS & GRAPHIC CHANGES.

THE BLACK HOLE IMAGE DOES NOT CONTAIN ANY EMULATOR, K E Y S, SOFTCAMS OR OTHER SYSTEM FOR VIEWING PAY - TV WITH OR WITHOUT A PAID SUBSCRIPTION.

LASTLY, THE BLACK HOLE IMAGE DOES NOT CONTAIN ANY SYSTEM TO DOWNLOAD PLUGINS OR EMULATORS FROM EXTERNAL SERVERS OR SOFTWARE THAT MAY BE USED FOR ILLEGAL PURPOSES SUCH AS CARD SHARING.

LICENSE (TERM OF USE)

THE BLACK HOLE IMAGE IS ISSUED FOR THE FREE USE FOR ALL USERS PROVIDED THAT IT WILL NOT BE CHANGED IN ANY WAY AND THAT IT WILL ONLY BE USED FOR LAWFUL PURPOSES.

ANY CHANGES OR ADDITIONS TO BLACK HOLE IMAGE THAT INVOLVE UNLAWFUL USE OF THE IMAGE SUCH AS CARD-SHARING AND EMULATORS ARE NOT ALLOWED AND CAUSE THE REVOKE OF THIS LICENSE.
This is free hobbyist software and it comes with absolutely no warranty. Use it at your own risk. 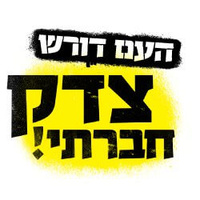